Founder & MC/DJ
Bob Palio founded the East Coast Event Group (ECEG) in 1980 as a club DJ and within in a few years evolved into one the areas Top DJ's for private events. As the business quickly grew, Bob made it his top priority to recruit first class talent to perform at local private events, such as Wedding, Mitzvahs, Proms and more. His hands on training with DJs ensure a level of consistency not met in most multi-operation DJ services. Bob makes sure every DJ has the tools and skills that are necessary to succeed in this industry, as he has done over 3000 weddings himself. ​His larger goal was to provide a plethora of quality event services at an affordable cost. He now has some of the areas top DJ, Photographers, Videographers and the best & new state of the art lighting, photo-booths, sparkler machines and other special effects. To date, ECEG has done well over 50,000 events and still going strong. 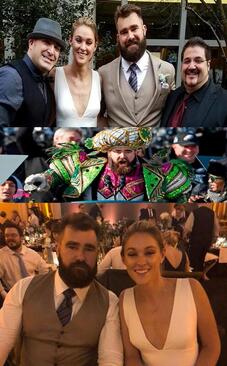 Bob has done many celebrity events in the many years he performed, from Kevin Bacons cousins wedding (which he was not allowed to play Footloose, LOL), to events with Mike Schmidt of the Phillies, and events for the Flyers, Eagles, Phillies & Sixers and to his favorite of all time, Jason Kelce & Kylie McDevitt's wedding. As you may know, Jason Kelce is the starting Center of the Philadelphia Eagles, Super Bowl Champion and Mummers Mayor of the Philadelphia Eagles Super Bowl Parade. The wedding took place at The Logan in Philadelphia, with over 200 guests including Eagles players like Nick Foles, Zach Ertz, Brent Celek, Connor Barwin and Riley Cooper to name a few.  His Brother, Travis Kelce, Super Bowl Champion Tight End of the Kansas City Chiefs, spoke a hilarious 10 minute toast to the newlywed's and also, like his big brother Kelce, they danced a lot too. All About Events was the wedding planner off and on location and had it down to a science where they never missed a beat, we highly recommend them.
Some fun facts about the wedding .... Their First Dance - You Are The Best Thing - Ray Lamontagne, Mother & Groom Dance - Love Shack - B-52's, they cut the cake to How Sweet It is - James Taylor and they were introduced in the jam "Be Faithful" - Fatman Scoop. We of course dropped the Philadelphia Mummers Strut & the E-A-G-L-E-S Fight Song.